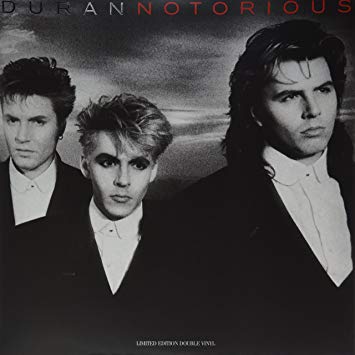 On this day in history (November 18, 1986), Duran Duran released their fourth studio album Notorious featuring the singles Notorious, Skin Trade and Meet El Presidente. This was the first album from the band after the side projects Power Station and Arcadia featuring the various band members. Creative disputes ultimately lead to Andy Taylor leaving the band.

The highlight for me on this album is Skin Trade, with it’s Bowie/Prince influences.