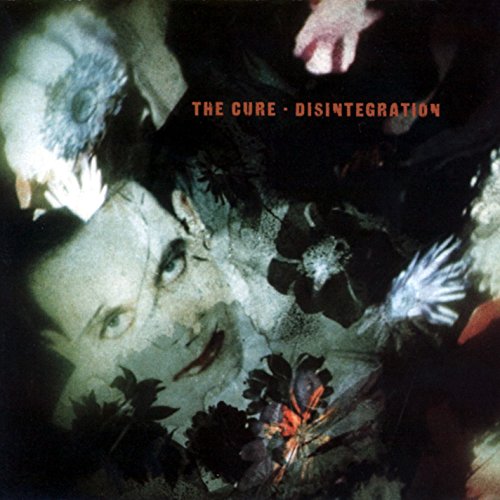 On this day in history (May 2, 1989), The Cure released their 8th studio album Disintegration featuring the singles Lullaby, Fascination Street, Lovesong and Pictures Of You. Robert Smith deliberately aimed to create a record that was depressing as he was personally struggling with his age as he was about to turn 30 and felt that most artists had delivered their masterpieces at that age. Despite the depressing songs, there were a few that balanced it out including Pictures Of You, Lullaby and Lovesong which Smith wrote as a wedding present for Mary Poole.

We conducted a poll of your favorite songs on Disintegration and the results are:

Despite the title, Disintegration hangs together beautifully, creating and sustaining a mood of thoroughly self-absorbed gloom

From the first track ‘Plainsong’, a swaying, slow narrative, paralysing the listener with sex-poison, to Disintegration’s last ‘Untitled’ Smith’s lyrical agony of indecision is remorseless

The Cure’s gloomy soundscapes have rarely sounded so alluring [and] the songs – from the pulsating, ominous ‘Fascination Street’ to the eerie, string-laced ‘Lullaby’ – have rarely been so well-constructed and memorable