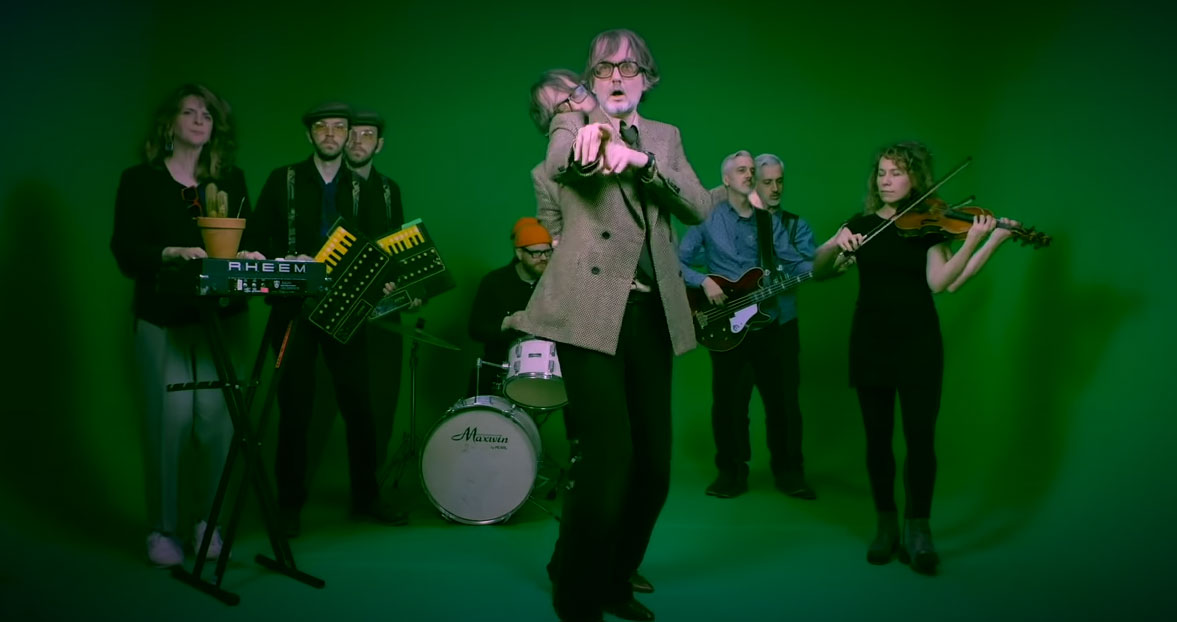 JARV IS (The new project from Pulp’s Jarvis Cocker) as supposed to be on tour in support of his album Beyond The Pale which is due out on July 17. As is the case with most bands, the tour has been cancelled. To keep his creative juices flowing, he has created a brand new Extended All Night Gonz version of his song House Music All Night Long that features Chilly Gonzales and Naala. The video features Green Screen Technology that they have been playing with so that the band could “Beam themselves into your living room”.

This version of the song clocks in just over 8 minutes that concludes with a trippy house piano finale. This is a fun performance video and something to brighten your day in these dark times.