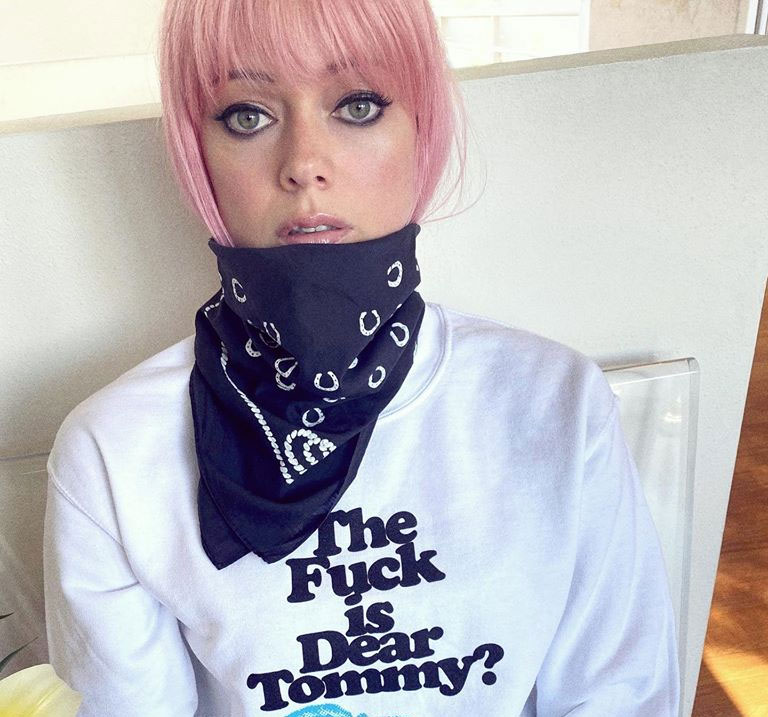 After years of leaving fans wanting for the much anticipated Dear Tommy album, it appears as if Chromatics are finally ready to put it in the hands of fans. The album was announced by the band in 2014 but never materialized. It was sad that Johnny Jewel destroyed all copies of the album in 2016 in an effort to improve the songs before the release. Just this week, singer Ruth Radelet post a picture of her in a shirt that said “The Fuck Is Dear Tommy?”. Perhaps that was a tease for us because today, the band released a new single called Teacher along with the track listing for the album.

In a video posted for the new single Teacher, Johhny Jewel included this mysterious quote along with the track listing for Dear Tommy.

The apple obscured in fog is enigmatic & open to the interpretation of the viewer. Are we sinking into the unknown or rising from beyond the grave? An apple a day keeps the doctor away & music is the medicine. Our teachers transfer knowledge of good & evil. From the fairytale of Snow White’s endless sleep to the Garden of Eden in the book of Genesis, exposure is the agent of change. Music is a language communicated by the artist but ultimately defined by the listener’s own exposure to sound throughout their life time. I can’t change my past, but I can choose to break the cycle & not pass the poison apple I was fed to my daughter. ” Goodbye Teacher. School’s out forever.

This single features the classic Chromatics sound and if this is any indication of the rest of Dear Tommy, it was worth the wait.