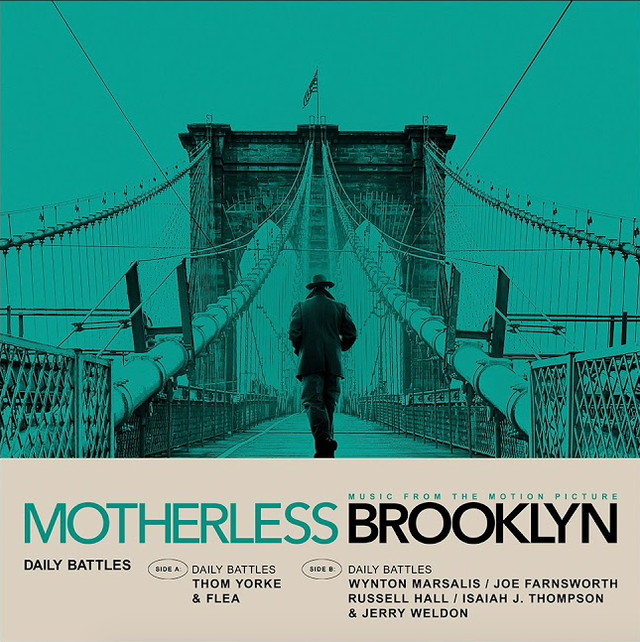 A new song from Thom Yorke called Daily Battles was released today. The song was recorded for the Ed Norton film Motherless Brooklyn. The single includes two versions of the track; one featuring Thom and Flea and the other an instrumental by Wynton Marsalis. A 7″ record featuring the track will be available on October 4.