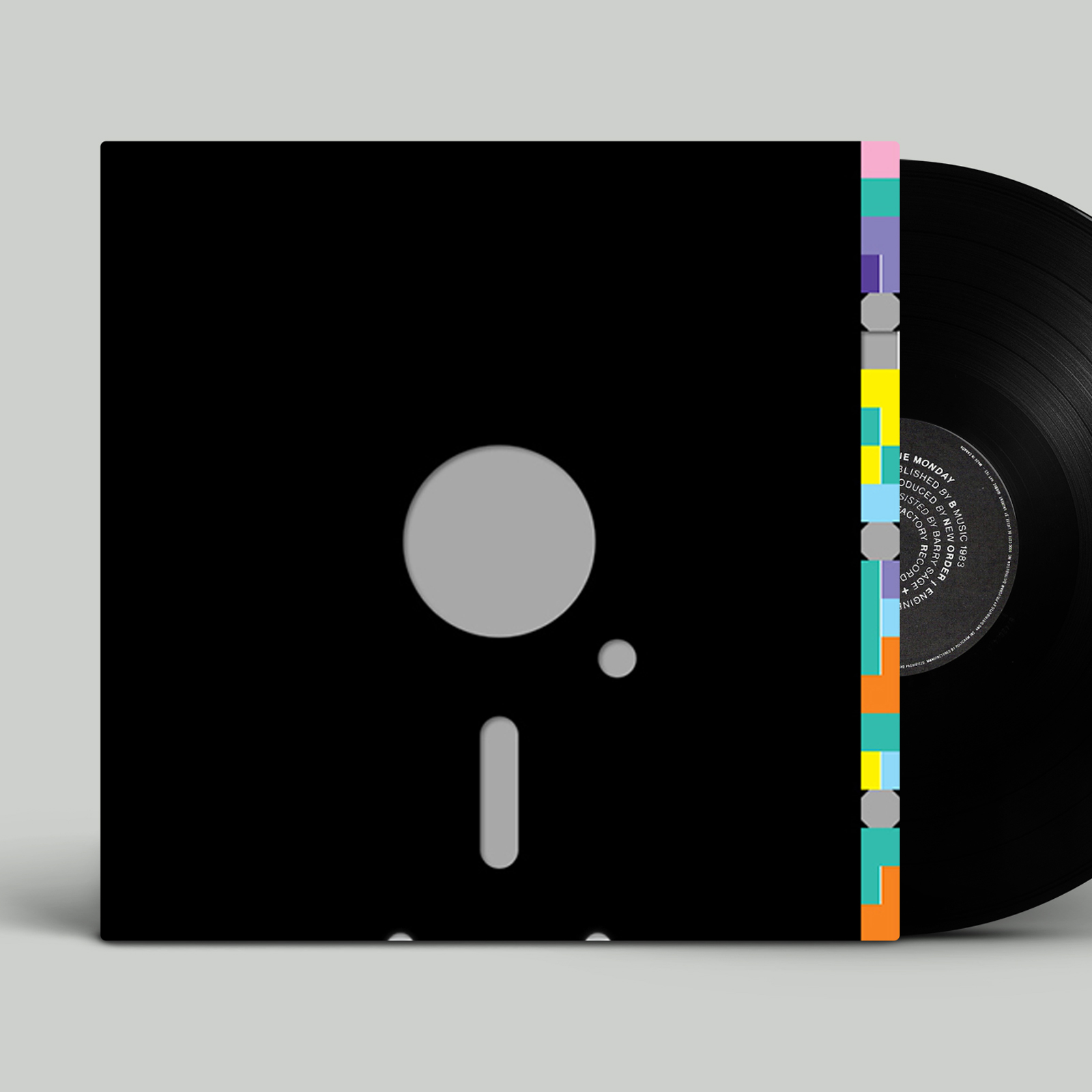 On this day in history (March 7, 1983), New Order released the single Blue Monday which would later become the number one selling 12″ record of all time. The single featured some of Peter Saville’s most original work, consisting of a die-cut sleeve resembloing a 5.25″ floppy disk. The cover doesn’t contain any words but rather, a code in the form of coloured blocks that when deciphered, lists the artist, song and label information. The key that can be used to decipher the code is printed on the back sleeve of Power, Corruption and Lies. The cost of producing the floppy-based sleeve was so much that the single originally lost money.

Blue Monday Top Of The Pops

Blue Monday was released in a variety of formats featuring a number of b-sides depending on the pressing. The b-sides include