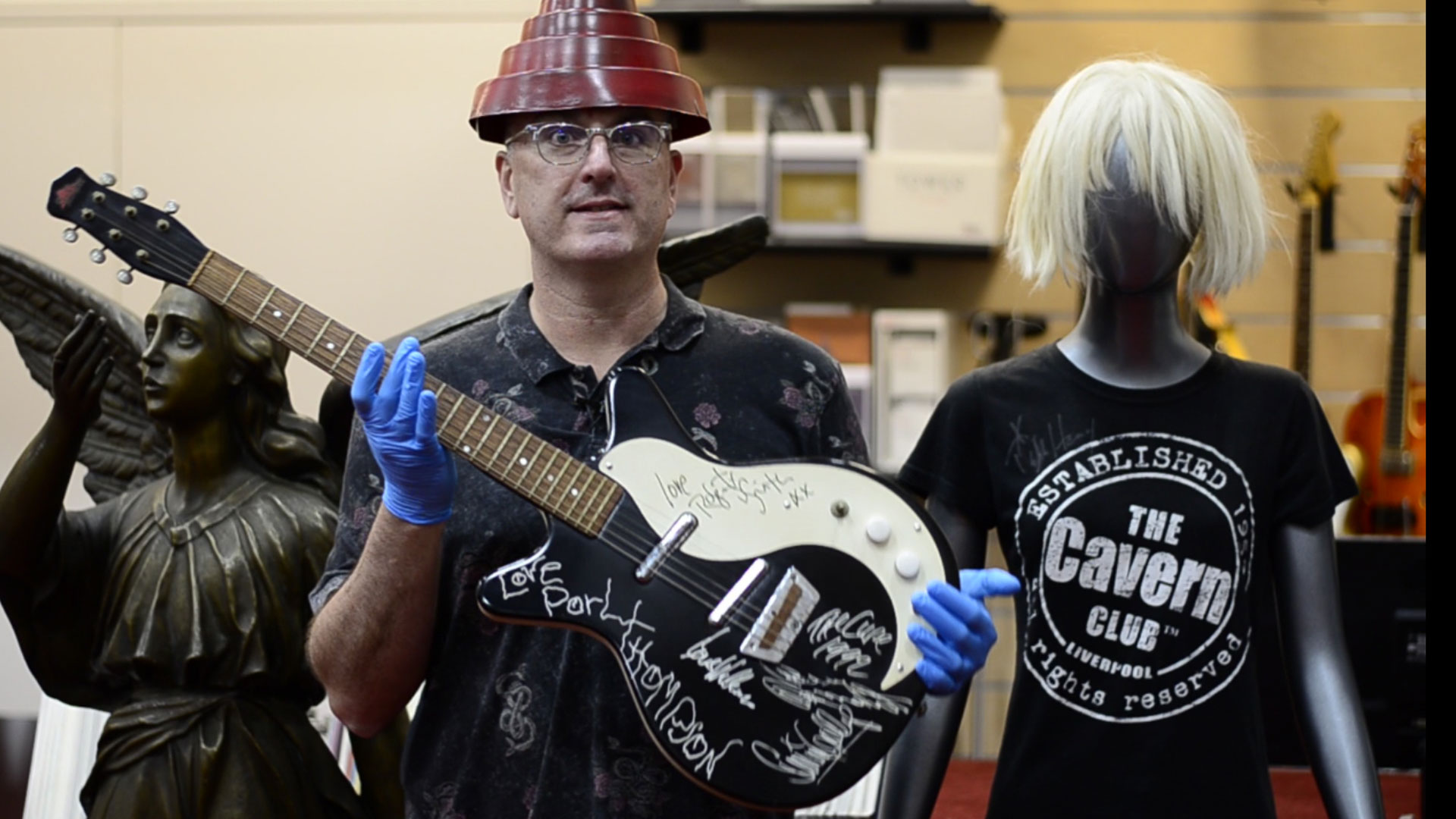 Velvet Rebel recaps This Week In Music as covered by Strangeways Radio and Slicing Up Eyeballs. He recaps the Cruel World and W-Festival lineups, tour news from Front 242, reissues from Erasure and a live album from Bryan Ferry. Plus, hear the latest singles from Clan Of Xymox plus newer artists Astari Nite and Shopping.

This episode is shot live from the Hard Rock Vault, where the VJ shows off his authentic Devo hat, Debbie Harry outfit, a guitar signed by The Cure and a letter from Morrissey written to someone named John!

Plus memorabilia from the Hard Rock Vault including: