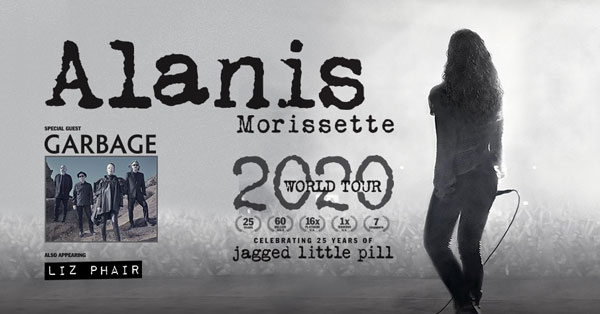 Alanis Morissette is celebrating the 25th anniversary of Jagged Little Pill with a world tour featuring a great lineup of Garbage and Liz Phair. The tour will coincide with a new album called “Such Pretty Forks In The Road” and features the debut single released today, “Reasons I Drink”. Both Garbage and Liz Phair toured with Alanis back in 1998. This looks to be a great female fronted tour. Any tour involving Garbage is a reason to celebrate, in our opinion!