Concert Review: The Joy Formidable Celebrate A Decade of Music

You are here:
Indie RockTours 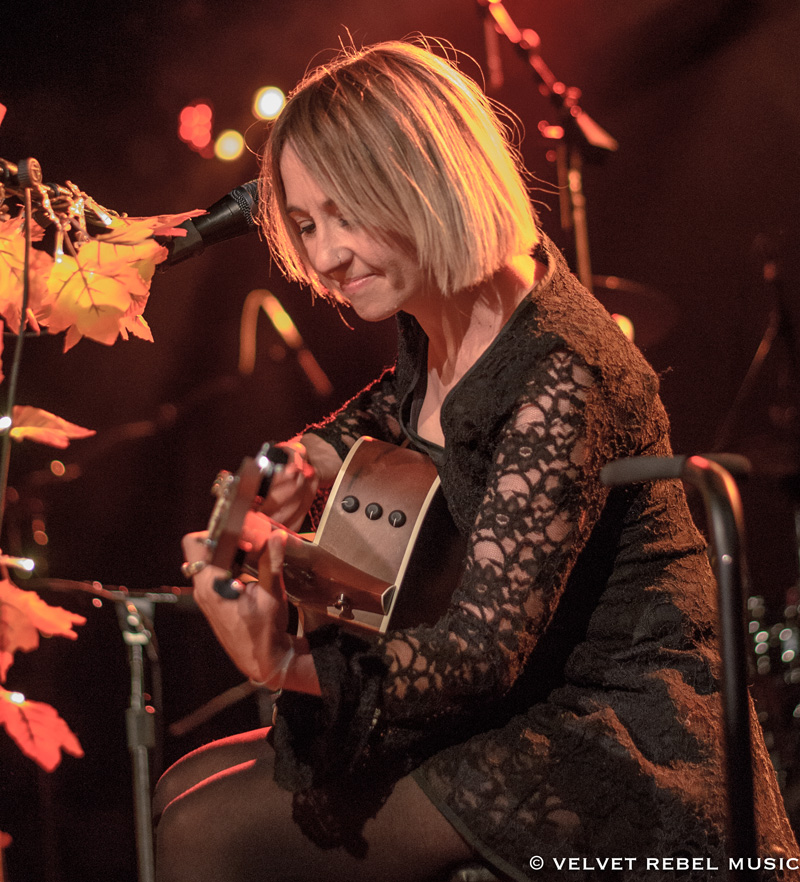 Vinyl at Hard Rock Hotel, Las Vegas, NV
After ten hard-fought years in the music industry, The Joy Formidable are fearless. Stripping back to an unplugged trio for their current tour, the band turned down the cacophonous wave of soaring guitar riffs and sledgehammer drumming that has made them a favourite of Dave Grohl and treated a lucky few to a master class in songwriting and stage banter. Pulling songs from all four studio albums, the band displayed finesse and humor throughout the evening.

Flanking Matt Thomas, who has traded in his drums for a cajon and a plethora of little percussive tools on this tour, Ritzy Bryan and Rhydian Daffyd traded guitar licks with knowing glances, allowing stadium-sized rockers such as “Whirring” and “A Heavy Abacus” to ebb and flow gracefully. The sonic translation of the soaring fuzz of “Blowing Fire” into a driving folk arrangement again highlighted the quality of the songwriting that lies beneath their beautiful din.

Able to convey emotional doubt without sounding fragile, Bryan’s vocals in an unplugged setting are a revelation. While rightly considered one of rock-n-roll’s most inventive lead guitarists over the last decade, her voice carried the evening both in English and the band’s native Welsh. Setting aside the bass for this tour, Daffyd’s lightning fast lead work gives the band a twin-attack on guitar and his vocals perfectly compliment Bryan. The many miles of touring over the last decade have forged The Joy Formidable into one of the tightest rock-n-roll bands on the scene and tonight’s unplugged performance allowed us to experience it on a more personal level.

Also on the bill was DeVotchKa. Channeling a multitude of influences, the inventive DeVotchKa are probably the first band to hit my radar via a video game, back in 2004. With a slow-building set, the band took some time to adjust to the room but the band and audience soon found themselves in sync. Nick Urata’s tender vocals were eloquently framed by the musicians. The songs off of 2018’s The Night Falls Forever might have been new to many in the audience but they were no less captivating.

There was a little lift in excitement to the set whenever multi-instrumentalist Jeanie Schroder put on the sousaphone and moved up and down in time with the flowing rhythms. For those old enough to know the original, a clever arrangement of “Love My Way” by Psychedelic Furs provided one of the highlights of the evening. The encore included the requisite “How It Ends” which was delivered with such joy that the song became a hymn to resilience and hope. Impossible to dissect, DeVotchKa are a treasure to be experienced live.