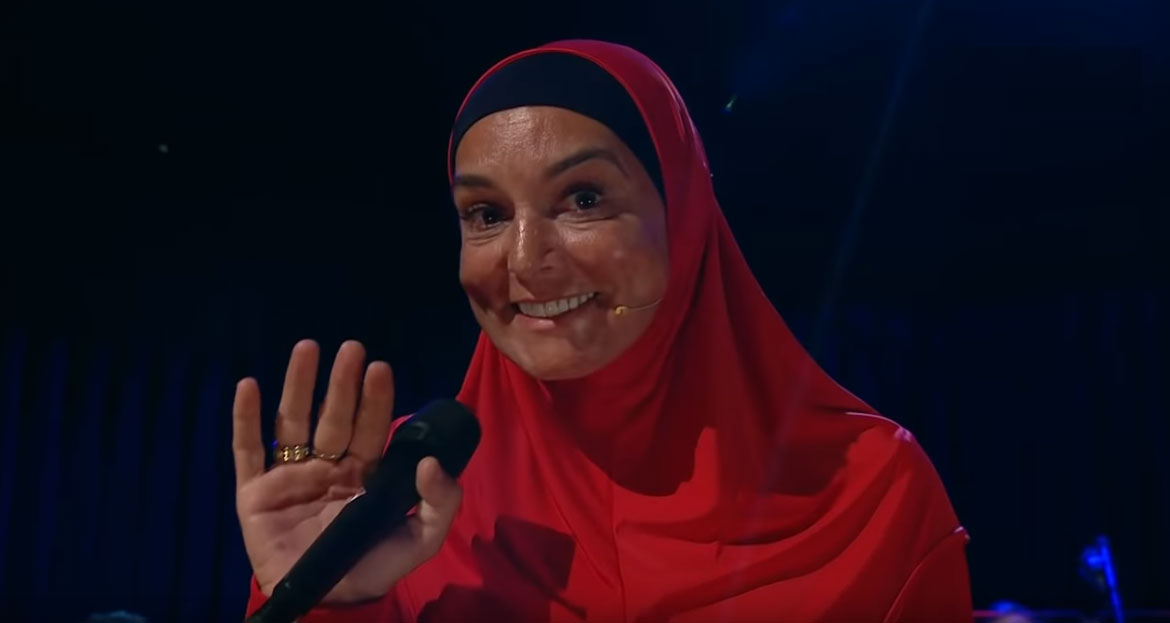 Last night, the amazing Sinead O’Connor appeared on The Late Late Show with host Ryan Tubridy. She sat down with Ryan and discussed her conversion to Islam and her views on wearing a hijab. She appeared to be amazingly at peace with herself, which was great to see. Of course, she also treated the audience to a tear inducing performance of Nothing Compares 2 U with a complete backing orchestra. Her wave and smile at the end of the performance was so refreshing to see. Sinead also performed a cover of The Pogues track – Rainy Night In Soho

Nothing Compares To You