You are here:
Alt. ClassicsNewsToursUncategorized 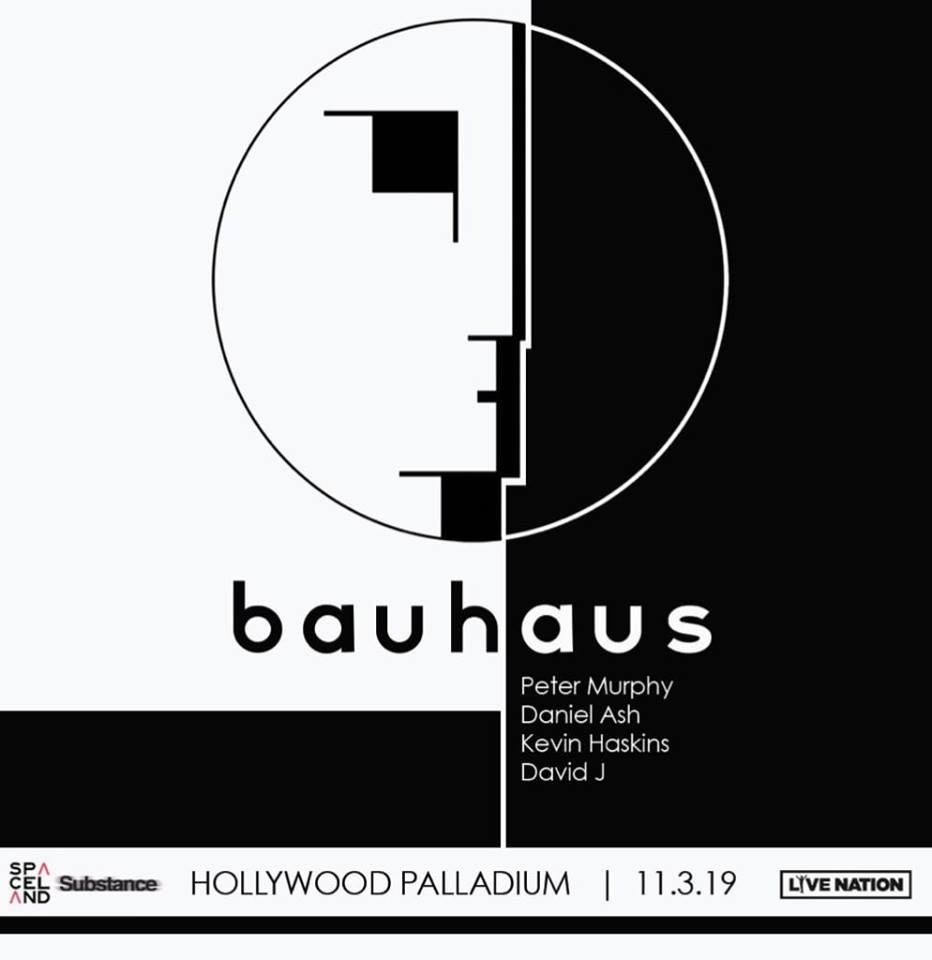 Members of Bauhaus have been busy on social media today promoting a show featuring Peter Murphy, Dainel Ash, Kevin Haskins and David J that will take place at the Hollywood Palladium in Los Angeles on November 3. Tickets will go on sale on Friday, September 13 at 10am PST. This will be the bands first official reunion since the 2005 Coachella concert and following tour. A few years later, the band released their last studio album – Go Away White.

Murphy was recently released from intensive care due to a heart attack. Upon release, he shared the following statement.

Following my recent episode in New York City with my heart attack and being admitted into Lenox Hill Hospital and seeing myself go through the rigors of intensive care, I am very happy to say that I have made a full recovery. Thanks to the superb team of doctors, specialists, nurses and care staff. I am so glad to say I am up and running again.
My tour manager Brian Lowe and my assistant Chantal Thomas were directly instrumental in saving my life and to whom I cannot thank enough. I also want to thank every single friend and fan who has been supporting me throughout this ordeal. I remain grateful especially to my Bauhaus band mates .