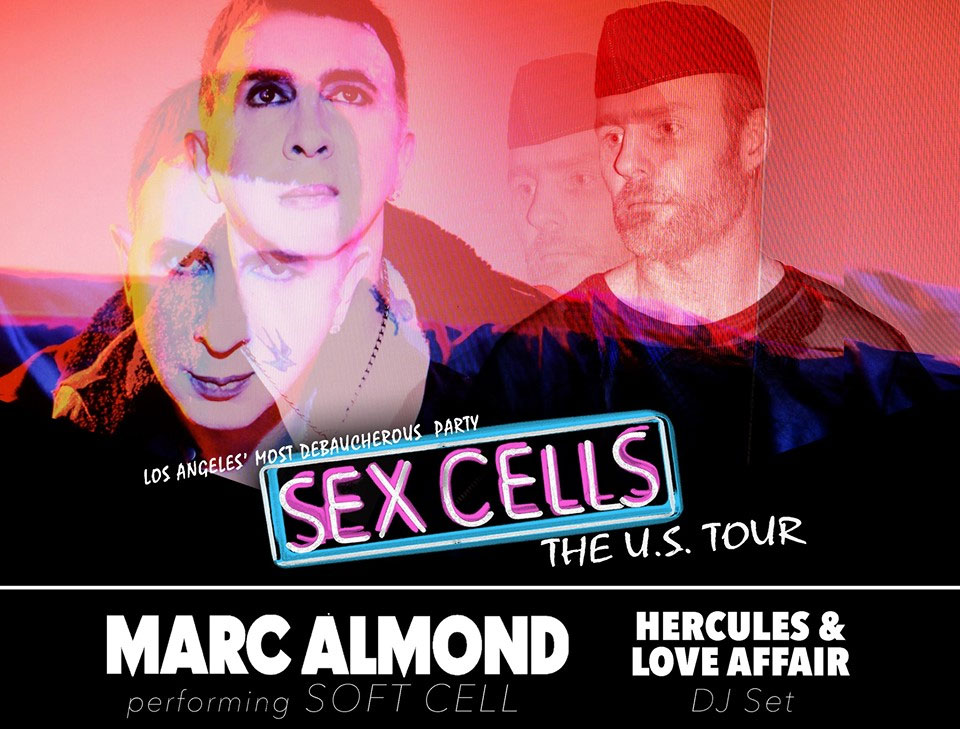 Marc Almond has announced a few dates where he will perform Soft Cell tracks as a part of a Sex Cells tour. Sex Cells is an LA based party which is an intersection of art, fashion and music. The tour is labelled as “SIX SEXXXY DAYZ OF PURE DEBAUCHERY”. Hercules & Love Affair are performing a DJ set as a part of the tour and in some cities he will be joined by TR/ST and Plack Blague.

… the epicenter of the LGBTQIA community at large, synonymous with radical genre and gender line blurring. Attracting and uniting various communities all the while offering performances from up and coming musicians, world-class techno and house DJs, in addition to renowned cultural Icons. With a backdrop of colorful characters, artists, drag queens, dominaxtrixes, muscle men and punk rockers, Sex Cells bridges the gap!

So far only a few days have been announced (listed below). We will let you know of more dates as they are announced.

To get you in the mood…here is some Sex Dwarf!