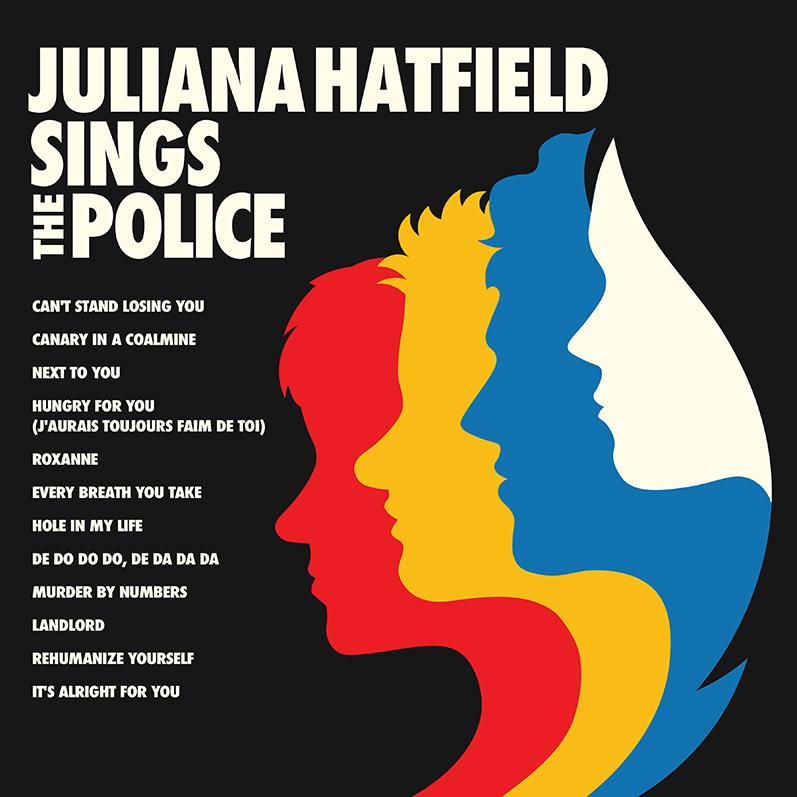 Juliana has this to say about the album

With “Juliana Hatfield Sings The Police” I am continuing the project that I started last year with my “Juliana Hatfield Sings Olivia Newton-John” album. I hope to continue to go deep into covering artists that were important to me in my formative years. The songs I’ve chosen seem to resonate in the present moment. “Rehumanize Yourself”, “Landlord”, and “Murder By Numbers” explore ugly kinds of nationalism, abuses of power, and the mendacity of large swaths of the ruling class. And then there are the timeless, relatable psychodramas: “Every Breath You Take”, “Can’t Stand Losing You”, “Canary In A Coalmine”. In the Police, each player’s style was so distinctive, accomplished and unique that I didn’t even attempt to match any of it; for anyone to try and play drums like Stewart Copeland would be a thankless, pointless task that is bound to fail. Instead, I simplified and deconstructed, playing a lot of the drums myself, in my rudimentary, caveman style. Chris Anzalone (Roomful Of Blues) played the rest of the drums. Ed Valauskas (the Gravel Pit) and I each played about half of the bass parts, while I did all the guitars and keyboards. I listened to a lot of the Police when I was preparing and making this album, and their recordings are as refreshing and exciting as ever. I hope that my interpretations of these songs can inspire people to keep loving the Police like I did, and still do.

Have a listen to the first single off of the album.