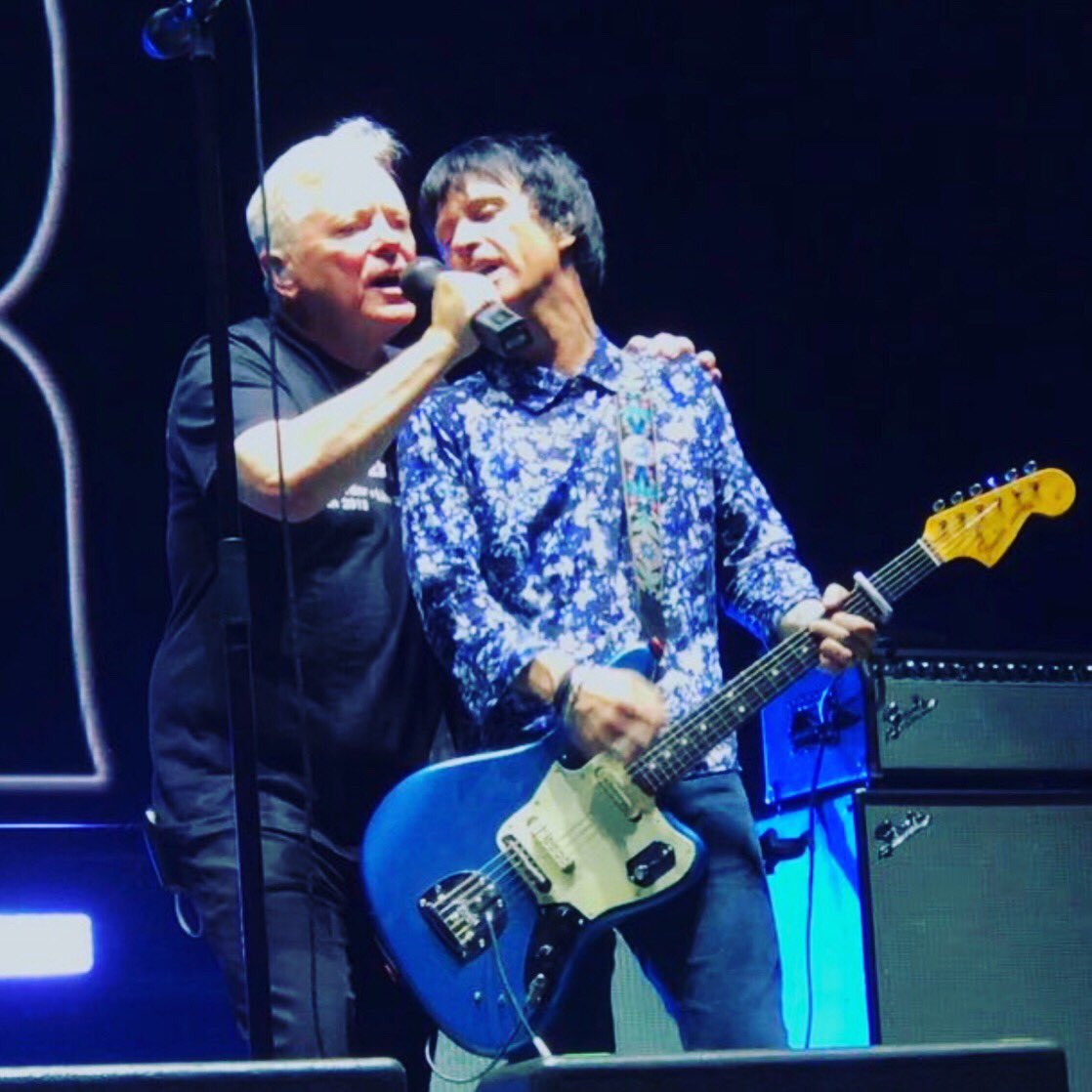 Last night was the 4th annual Release Athens festival in Athens, Greece. The festival featured performances from Iggy Pop, New Order, James, Johnny Marr, Morcheeba, Hooverphonic, Black Rebel Motorcycle Club and more. During Johnny Marr’s performance, he invited Bernard Sumner on stage to join him for a reunion of their classic Electronic song Get The Message. Marr has been performing the song during his Calling The Comet tour but this time, it has a special flavor to it.

Have a watch below.