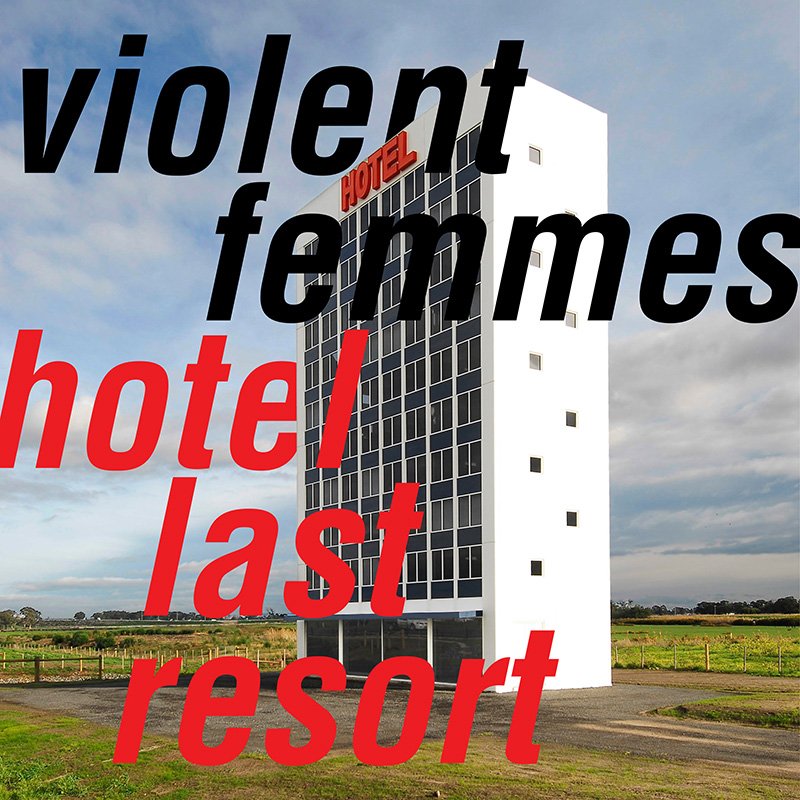 Violent Femmes have released the first single for their forthcoming album Hotel Last Resort due out on July 26. The single is the title track and it features guitarist Tom Verlaine from Television. You can pre-order the album now on the bands website. The pre-order bundles include exclusive red vinyl.

You can catch Violent Femmes out on tour now with Ben Folds.


The ship is leaking tonnage and tankage
They sink” lightly sing fish
Message says: ship’s flag flies at half mast
Report but not message can be sent
From the hotel last resort


Bodies in motion tend to stay in motion
Bodies at rest…
That’s inertia, inertia, inertia
Did i win a million bucks
Yes you did and now you go to where the lodgings are delux
And join me in my bed where we will blaze, blast
Contort alive or dead
Laying in the hotel last resort