The Cure anniversary tour in theaters this summer 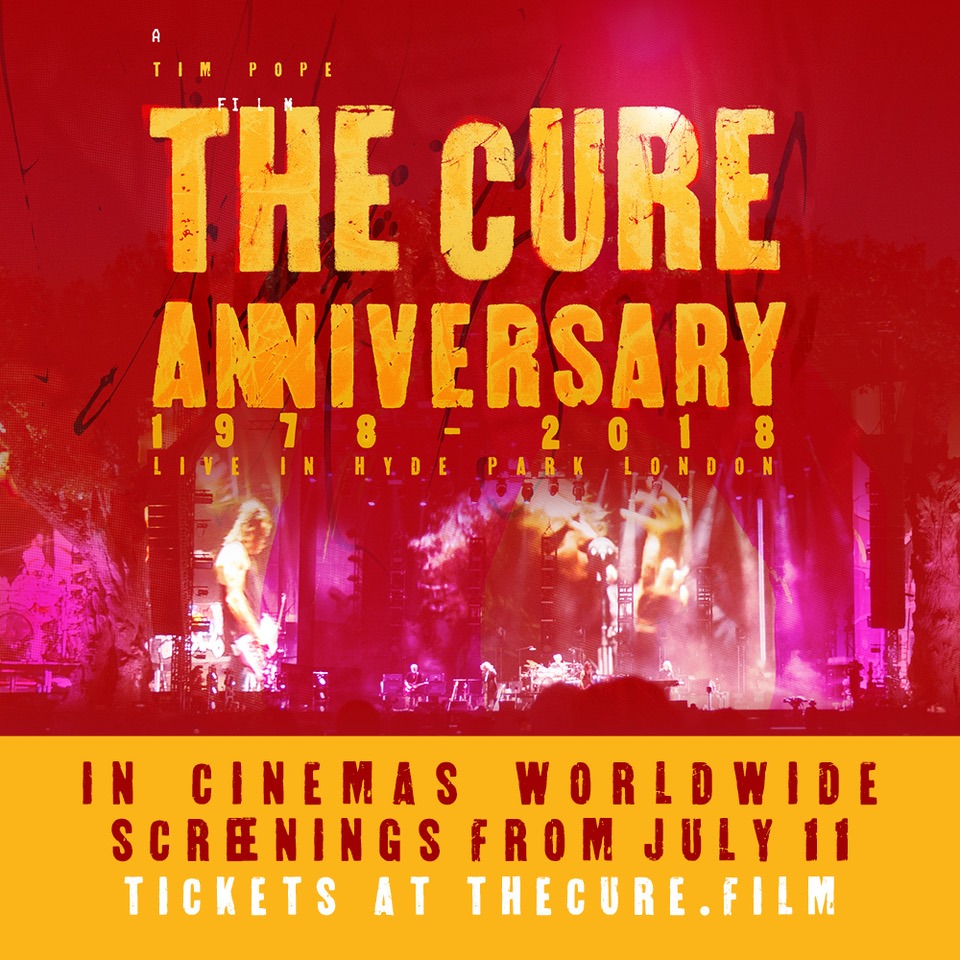 While The Cure is just finishing off their Disintegration stint in Australia, it was announced that a film titled “The Cure Anniversary – 1978-2018 – Live In Hyde Park London” will be shown in theaters around the world on July 11. The film was shot in 4K by long time collaborator Tim Pope.

Robert Smith said the following about the film

This really was the perfect way to celebrate 40 years of the band. It was a fabulous day none of us will ever forget

Tickets for this film will be available on June 6 at thecure.film.