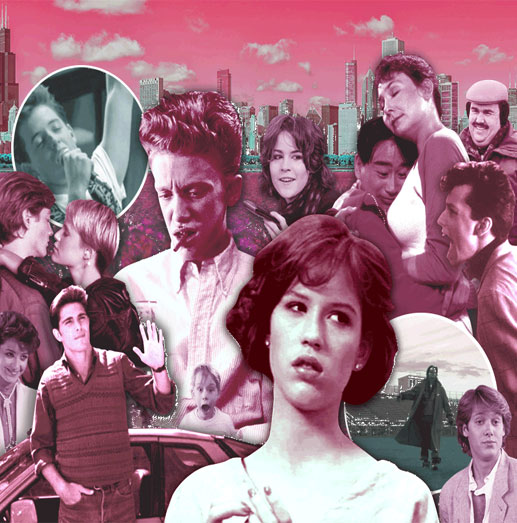 Today celebrates the birthday of legendary director, producer and filmmaker – John Hughes. John Hughes was born in Lansing, Michigan in 1950. He went on to create some of the most memorable movies of the 80’s including Sixteen Candles, Breakfast Club, Pretty In Pink, Weird Science, Ferris Beuler’s Day Off  and Home Alone.

His movies tended to focus on a realistic depiction of teenage life. In doing so, he found a cast of generational teenage actors and actresses to cast as his lovable characters. He used many of them repeatedly in his films, including Molly Ringwald, Emilio Esteves, Anthony Michael Hall, Andrew McCarthy, Judd Nelson and Ally Sheedy. These actors, along with the likes of Rob Lowe and Demi Moore, went on to be known as “The Brat Pack”.

The one thing that is common in all John Hughes movies is, they all have a killer soundtrack. The songs have a way of forever associating them with the scenes they were featured in. I will never hear New Order’s Elegia and not think of Duckie riding his bike on his route by Andi’s house.

Strangeways Radio’s main focus is new music, and one thing that we have done over the years is create our own “Modern Day John Hughes Soundtracks”. We thought it would be fun to come up with a collection of songs by modern artists, or new releases from retro artists, that we feel would fit in a John Hughes movie if it were released today. Below are a few of the compilations that we produced. Sit back, listen, close your eyes and picture how each song would fit with one of your favorite scenes.

This is a recent Spotify playlist that we made featuring the most latest collection of new songs that fit the theme.  This is highlighted by the infectious track by Gunship “When You Grow Up, Your Heart Dies”. The track is so fitting that it even pictures a caricature of Ally Sheedy on it’s album cover. Also of note is Leon Else’s “My Kind Of Love”, which may sound familiar to those of you who watch 13 Reasons Why.

The Should Have Beens

Over the years we have made 4-5 different “Modern Day John Hughes” mixes. This mix is a 60 minute compilation of our favorite tracks from all of the different prior mixes. This is one of the favorite mixes we have made and there are plenty of rare treats in here including Fine Arts Showcase “Chemical Girl” and Laptop “End Credits”.