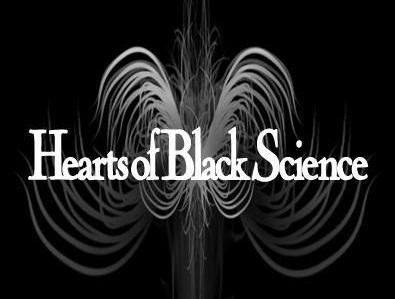 It’s difficult to classify an artist like Hearts Of Black Science, particularly in terms of genre – like most groups under the banner of “indie” these days, they don’t tend to conform neatly to a single sound profile. But it’s safe to say that if you enjoy the darker side of alternative music, combining electronic synth sensibilities with elements of dreampop and darkwave, you’ll really enjoy what they do – and “Wolves at the Border”, the first single from their upcoming third album, is a good introduction for the uninitiated.

Hearts Of Black Science have a knack for layering, building from sparse guitars and subtle synths into harmonies of complex splendor. Ethereal, chilling vocals lead into what is essentially a lesson in aural world-building; by the end of my first listen I felt I had been transported into the moody, unnerving realm of its lyrics….palpable mistrust, doubt, and fledgling hopes all combine to create a panoply to showcase the talents of this fantastic Swedish mixed-genre band. Particularly of note are the swelling melodies of Heike Langhans, whose quietly creeping vocal crescendo floating throughout the song is mystical, magical madness. “Wolves at the Border” takes the dark resplendence of Hearts Of Black Science’s best work and adds further elements of depth, a pitch-black sky cloaked in constellations of brittle beauty.